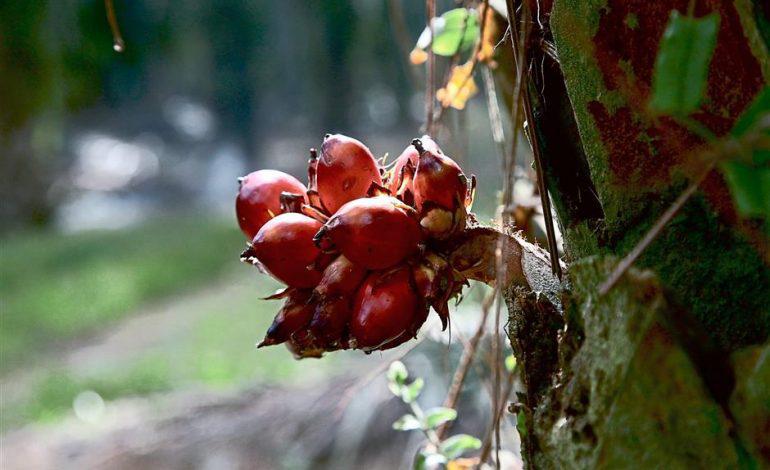 The oil palm (Elaeis guineensis) is native to West Africa. It was introduced to then Malaya by the British in the 1870s. Photos: MPOC

If ever there was a commodity so intimately connected to the history of this nation, it would have to be palm oil. First introduced here from foreign shores, the commodity has since become a crucial part of the bedrock of the country’s economy, socio-development and political stability.

Today, Malaysia is the second largest producer of palm oil in the world, after Indonesia. According to the Malaysian Palm Oil Council (MPOC), our country currently accounts for 29% of world palm oil production and 37% of world exports. 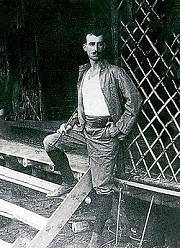 This year marks 100 years since the first commercial oil palm cultivation in this country.

“It’s a success story which Malaysia is correct in celebrating. The industry has expanded in directions in which Henri Fauconnier, the first person to plant oil palms here commercially, could never have imagined,” said Datuk Henry S. Barlow, the chairman of New Britain Palm Oil Ltd, a wholly-owned subsidiary of Sime Darby Plantation.“

Palm oil has expanded from basically a cooking oil in its unrefined form, to an ingredient of practically any product you buy off the supermarket shelves, here or anywhere else in the world.”

As a sustainable crop, oil palm plays a critical role in helping to feed more than three billion people in over 150 countries worldwide. Palm oil is the most consumed vegetable oil in the world, with 60.96 million metric tonnes consumed in 2015/2016.

“Palm oil answers the needs of many developing countries, and even some developed countries, at affordable prices. It supplies the calorific needs of the world population. The oil palm is the most prolific oil-producing plant in the world. Our average yield is about less than four tonnes of oil per hectare per year. If you compare it to soya, for example, that’s about 10 times more,” said former director-general of Palm Oil Research Institute of Malaysia (Porim) Tan Sri Dr Augustine Ong, one of the pioneering researchers of the Malaysian palm oil industry. 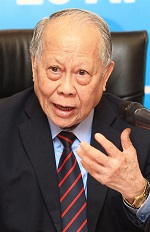 ‘Palm oil is nature’s gift to Malaysia. And it is Malaysia’s gift to the world,’ says Ong. Photo: Filepic

The oil palm is eight to 10 times more productive than other major oilseed crops, and highly efficient with a high output-to-input energy ratio. It is also extremely versatile in its uses, including the biomass waste generated.

“Palm oil is nature’s gift to Malaysia. And it is Malaysia’s gift to the world,” Ong said. 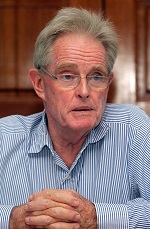 ‘The palm oil industry has expanded in directions in which Fauconnier, the first person to plant oil palms here commercially, could never have imagined,’ says Barlow. Photo: The Star/Ibrahim Mohta

Elaeis Guineensis, which is native to the equatorial belt of Africa. The fruit of the oil palm produces two oils – palm oil from the mesocarp (a layer of the fruit wall), and palm kernel oil from the seed or kernel.

The oil palm first came to our shores in the 1870s, after Malaya received its first batch of oil palm from the Royal Botanic Gardens in Kew, England; this was planted in the Singapore Botanic Garden. Its appearance made it suitable for use as an ornamental plant.

In 1917, however, a young Frenchman named Henri Fauconnier planted some oil palm seeds at the Tennamaram Estate in Batang Berjuntai, Selangor. This became the first local commercial oil palm plantation.

In the 1920s, trading companies such as the Guthrie Group (now part of the Sime Darby Group) and the United Plantations Group started growing the crop on a large scale. By 1936, there were 34 oil palm estates in the country (four times the number in 1924), taking up 26,300ha of land. 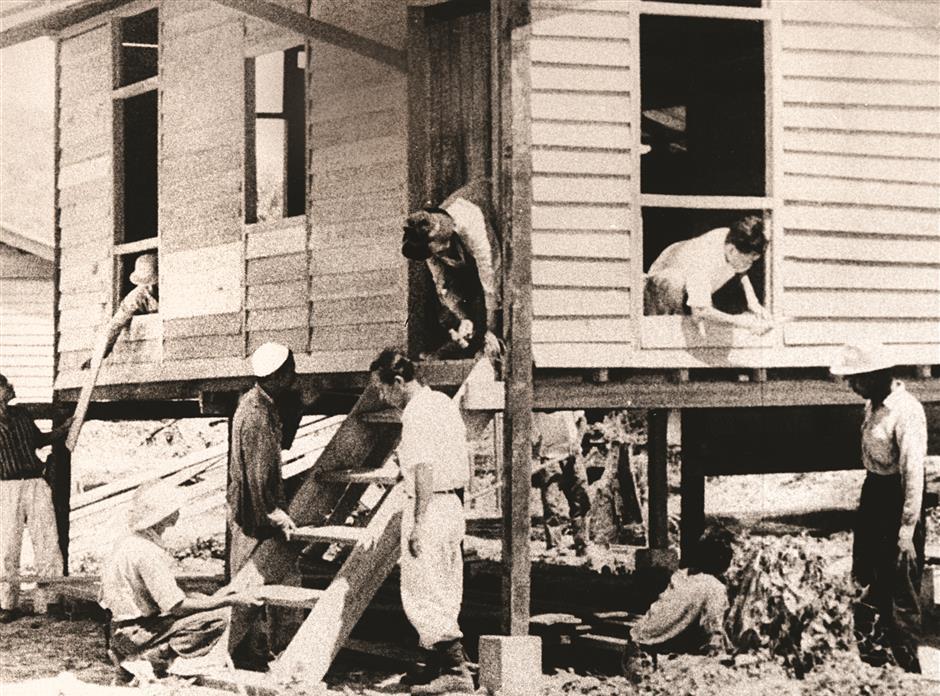 Large-scale planting of oil palm by the Federal Land Development Authority (FELDA) has become a successful model as a poverty-eradication programme for developing countries.Since 1956, FELDA has provided 112,635 of the landless poor in Malaysia with a livelihood. Photo: MPOC

The success of Malaysian palm oil cultivation can be attributed to the country’s political stability, its modern infrastructure and facilities, and many beneficial government policies.

Many organisations supporting the crop’s cultivation were formed (such as the Incorporated Society of Planters in 1919, and the Palm Oil Research Institute of Malaysia in 1979) as well as increased research and development into oil palm breeding, genetics, and crop physiology.

The country’s compatible climate and the existence of earlier cultivation techniques contributed to the crop’s success.

“We are a tropic region, which means advantages like easy access to water and sunlight. The yield of palm oil in Nigeria, oil palm’s home country, is half of what we achieve, because it has dry seasons,” said Ong.

“The success of growing oil palm in this country was also due to it having an estate tradition which dated back to the early growers of rubber at the turn of the 20th century. They had brought their accounting systems and discipline from growing coffee in (what was then) Ceylon here,” Barlow said.

Another significant development came in the 1950s, when the Government decided to focus on agricultural diversification and industrialisation, in an effort to end its dependence on rubber and tin.

In 1956, the First Malaya plan identified oil palm as the best alternative to rubber, and from the 1960s onwards, the Government committed itself to encouraging oil palm cultivation, mostly among smallholders.

In 1960, the country had 55,000ha of oil palm, and produced 92,000 tonnes of palm oil. Six years later, Malaysia overtook Indonesia, Nigeria and the Belgian Congo as the world’s largest exporter of palm fruit oil.

The 1970s saw an expansion of oil palm cultivation which until then had primarily been confined to Peninsular Malaysia. While yields in East Malaysia were previously low due to poor fruit set, the introduction of the pollinating weevil from Cameroon to Sabah in 1981 resulted in spectacular gains. 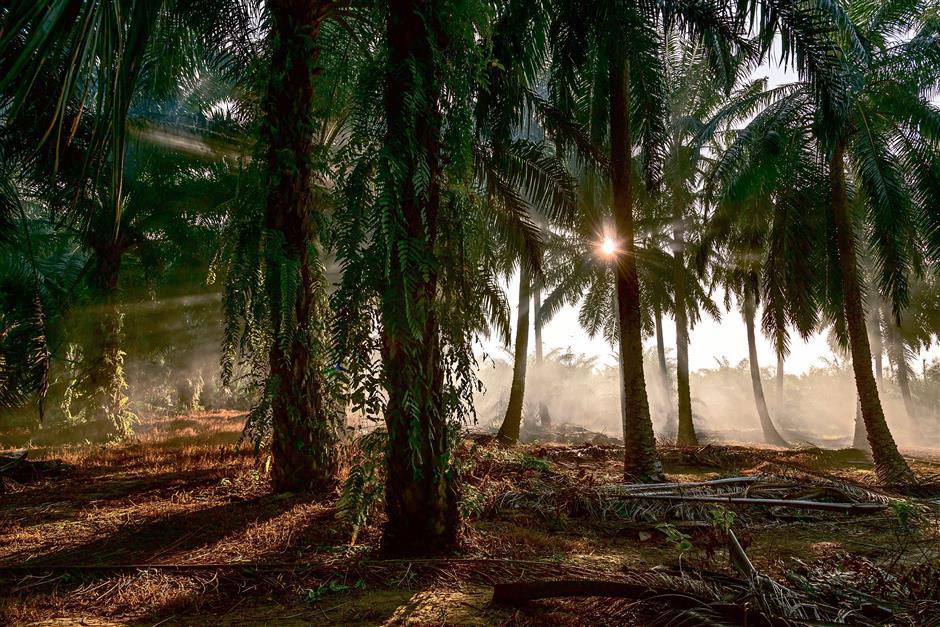 The oil palm is a perennial, yet highly productive oil crop. On maturity, it has an economic lifespan of 25-30 years.

“The industry here grew rapidly with the setting up of the Sabah Land Development Board which organised land settlements in which settlers grew oil palm. The arrival of the Federal Land Development Authority during the era of the Berjaya government (1976-1985) resulted in an exponential growth in oil palm acreage,” said Palm Oil Industry Cluster Sabah CEO Datuk Dr Pang Teck Wai.

“The first commercial planting started in 1958 at Mostyn Estate and the first oil palm research was started in Sandakan in 1962. The entry of Felda and Sabah government’s oil palm-based land settlement schemes laid the groundwork for the rapid expansion of oil palm.”

Large scale oil planting soon took off in Sabah. In 2000, the crop area had exceeded a million hectares. This was followed by an increase in oil palm growth in Sarawak in the 1990s and 2000s.

By 2010, Peninsular Malaysia, Sabah and Sarawak accounted for 52%, 29% and 20% respectively of the planted oil palm area in the country.

Things were not always rosy for oil palm. One of the greatest threats to Malaysian palm oil came in the 1980s, with the American Soyabean Association (ASA)’s Anti Palm Fruit Oil Campaign which spread untruths about the consumption of palm oil.

“It was a very fierce battle. The ASA was even using cartoon characters like Mickey Mouse to condemn palm oil, spreading messages like ‘palm oil poisons Americans’! And we had to fight them with very limited information,” Ong recalled.

“We decided not to follow their approach. They were attacking us through advertisements, calling us names and using slogans. We had limited resources, but decided we would do our research and publish our results. We got external experts in Europe, China and Australia to conduct studies, and the results were peer-reviewed and published in American journals.”

Their efforts paid off, and the ASA called for a truce in 1989.

Greater awareness of environmental and social issues worldwide made many realise that the industry must not only be profitable, but also sustainable.

The late 1990s and 2000s saw many environmental non-governmental organisations (NGOS) criticising the palm oil industry for its contributions to deforestation, global warming, and the destruction of the habitats of endangered animals such as the orang utan and Asian rhino.

The year 2003 saw the inaugural meeting of the Roundtable on Sustainable Palm Oil (RSPO) in Kuala Lumpur which drew 200 participants from 16 countries.

The RSPO was set up in April 2004 to advance the production, procurement, finance and use of sustainable palm oil fruit products through the development, implementation, and verification of credible global standards and the engagement and commitment of stakeholders along the supply chain.

This was followed in 2013 with the creation of the Malaysian Sustainable Palm Oil (MSPO) standards, initiated at the request of stakeholders in the Malaysian palm oil industry for an alternative to the RSPO.

“The advantage of having these national principles and criteria is that it brings on, in a compulsory way, for all growers of oil palm who do not voluntarily join the RSPO, to put their feet on the bot­tom rung of the ladder towards sustainability. There’s hope that eventually they may realise it makes commercial sense to up­grade to the higher standards maintained by the RSPO,” Barlow said.

The future of the Malaysian palm oil certainly looks very promising. However, there are a few challenges that the industry needs to face to continue being relevant in the future. 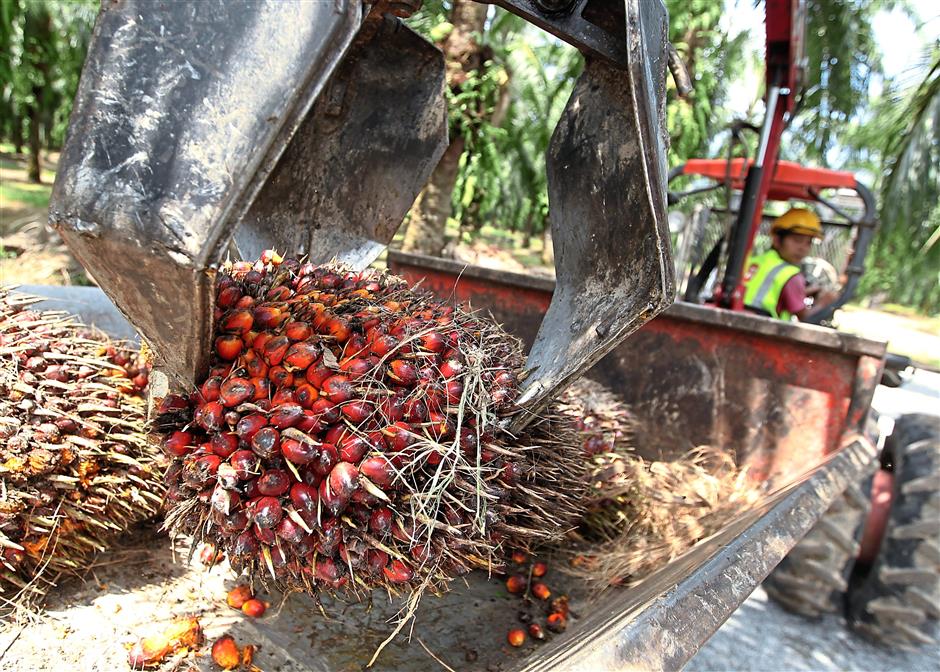 The oil palm industry may face a few challenges but the future of Malaysian palm oil looks promising. Photo: The Star/Azman Ghani

“As far as Malaysia is concerned, I think the main problem is solving the increasingly acute shortage of labour on the estates. About 80% of estate labour is non-Malaysian, imported migrant labour, and there is no sign of that figure being reversed. Mechanisation of lowland estates, with level to slightly undulating terrain, is to a large extent complete, except for all the problems of harvesting. Nobody has yet managed to mechanise the harvesting of oil palms, and that is a major difficulty,” Barlow said.

“A main challenge will be the anti-palm oil lobby. The market is not an issue because the global demand for palm oil is unlikely to be met any time soon. On the other hand, the demand of renewable raw materials translates into high demand for oil palm biomass and palm oil. Malaysian palm oil authorities are doing the right thing in keeping our country ahead of the competitors by investing aggressively in industrial infrastructure such as ports,” Pang said.

“Considering the significance of the oil palm industry to the country, it is appropriate that this centenary be observed if not as a celebration, then at least as a reminder of our responsibility as the second largest producer of palm oil in the world, and the need to deepen the industry further through ultra high value-adding products such as bio-chemicals and high value bio-mass industry,” Pang added.