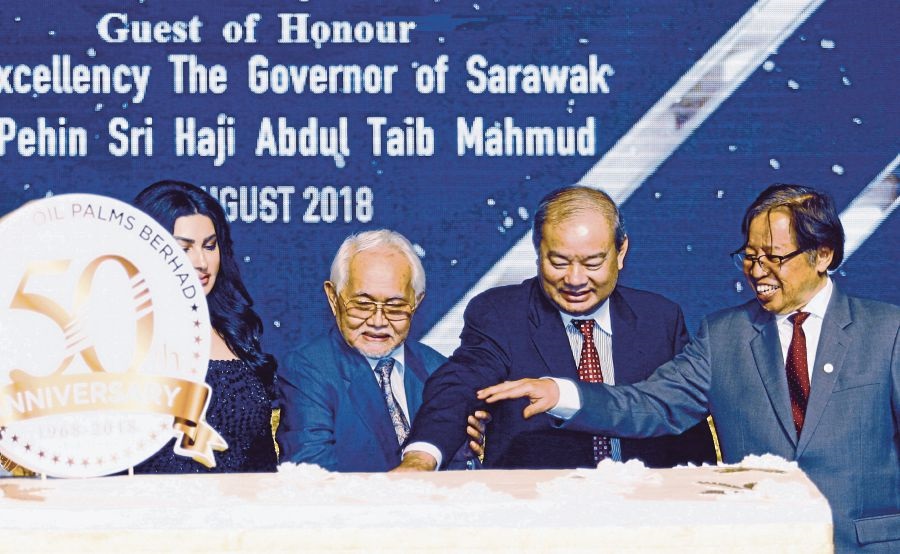 The Sarawak government continues to ban the development of large-scale oil palm plantations in the state, except on communal and NCR (native customary rights) lands. (Pix by NADIM BOKHARI)

KUCHING: The Sarawak government continues to ban the development of large-scale oil palm plantations in the state, except on communal and NCR (native customary rights) lands.

“The move was to protect our forests from further destruction. Thus, we will continue this policy,” he said.

“The policy introduced by Tok Nan remains effective today, as it was among the state’s efforts to conserve the forest and we will prevent any activity that could pose a threat to our natural resources,” he added.

SPOB was the first company to develop an oil palm plantation in the state in 1968 and continues to be a pioneer in the industry.

Abang Johari said the state government is also committed to ensuring that 80 per cent of forest reserves are planted with quality logs, which will be the source of raw materials for the timber industry.

The catchment area could provide an alternative water supply for dams in Bakun, Baleh, Murum and Batang Ai, he added.

Apart from that, the Sarawak government plans to gazette six million hectares as permanent forest estate; while totally protected areas (TPAs) will be increased from 788,000 hectares to one million hectare.