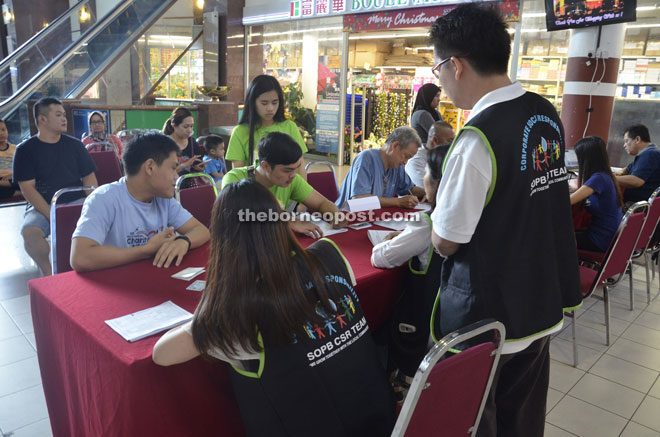 “The blood donation drive was part of SOPB’s ongoing corporate social responsibility (CSR) effort to give back to society, knowing that the blood bank frequently suffers from insufficient stock, especially during festive seasons.

“Hopefully, this small contribution from SOPB could assist the blood bank to overcome this problem. We would also like to thank the successful donors for their support,” Enki said.

He added that apart from blood donation, there was also a registration counter by MRC for those who were interested to register as organ donors.

Nine people had pledged to be organ donors during the event.