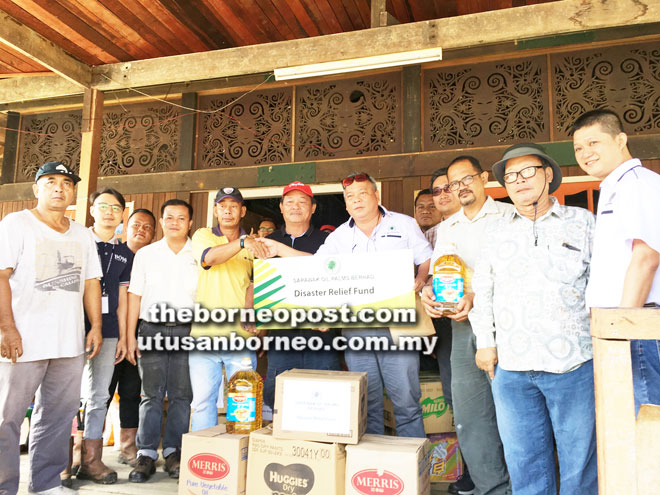 Ricky (front fourth right) hands over the donation for the fire victims to Tonny.

The donation is from SOPB’s disaster relief fund – a special programme to reach out to longhouses near the group’s operation areas during disasters such as floods and fire.

The longhouse is located 10km from the group’s estate.

“This is part of our on-going commitment in giving back to the community, which in line with our CSR tagline, ‘We grow together with local communities’,” said Ricky.

“We are thankful for the help given by SOPB and its generosity as well as contribution, which certainly lightens the hardship of the residents caused by the fire,” said Tonny.

The fire on Monday broke out when most of the residents were out working, destroying two blocks comprising 42 doors, leaving 499 people homeless.

Most of the fire victims are now either in temporary shelter or staying with relatives nearby.