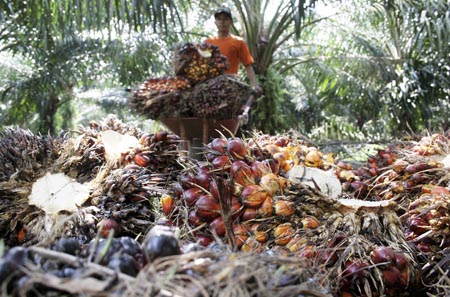 In its research report, OSK Research Sdn Bhd (OSK Research) also said the FFB production growth would peak at 1.25 million tonnes in 2017. This meant that the company would enjoy steady earnings growth even if it chose not to expand its planted area.

Annual production should jump 86.3 per cent from 2010 levels in five years’ time based on statistics that implied 76.5 per cent of its tress in the immature or young mature categories.

In addition, the research house said production might double within five years, assuming the company continued planting at a 4,500 hectare (ha) annual rate.

On another note, looking at Sarawak Oil Palms 2010 FFB yield of 20.4 tonnes per ha, the research firm was surprised to learn that approximately 65 per cent of its planted area was peat soil.

One of its peat soil estates actually achieved 30 tonnes per ha last year – a performance almost comparable to that of mineral soil. Sarawak Oil Palms’ low-profile management had definitely proven itself as a peat soil specialist.

Furthermore, OSK Research said the company’s management came across as a team focused on the long-term interests by re-investing a large portion of current income into additional expansion.

Young mature trees (four to 10 years old) comprised 57.2 per cent of Sarawak Oil Palms’ total matured area, much higher than those of IJM Plantation and Genting Plantations which recorded 20.2 per cent and 23.3 per cent respectively.

This gap should narrow in the coming years as Sarawak Oil Palms’ trees matured. As oil palms typically hit peak production at 10 years old, there was still a lot of room for production growth of these young matures.

Nevertheless, on matters of replanting, there was a risk as 4,051 ha or seven per cent of Sarawak Oil Palms’ planted hectarage were above 20 years old. The company’s previous re-planting project lasted from 1997 to 2003 when it re-planted trees that were planted in the early to mid-70s.

If the company chose to embark on another round of re-planting to replace its older trees, FFB production growth might fall below the 10 per cent mark. Sarawak Oil Palms had stated that re-planting would only be considered when trees reached the age of 23 to 25.

The current batch of older trees were still giving good yield and the company said it would not embark on a full-blown re-planting programme, instead re-plant in stages if it chose to do so.

Considering the company’s double-digit FFB production growth potential and that only seven per cent of its planted area comprised trees due for re-planting, the research house estimated that even if it fully re-planted those trees within a year, FFB production growth should still safely clock in above six per cent.