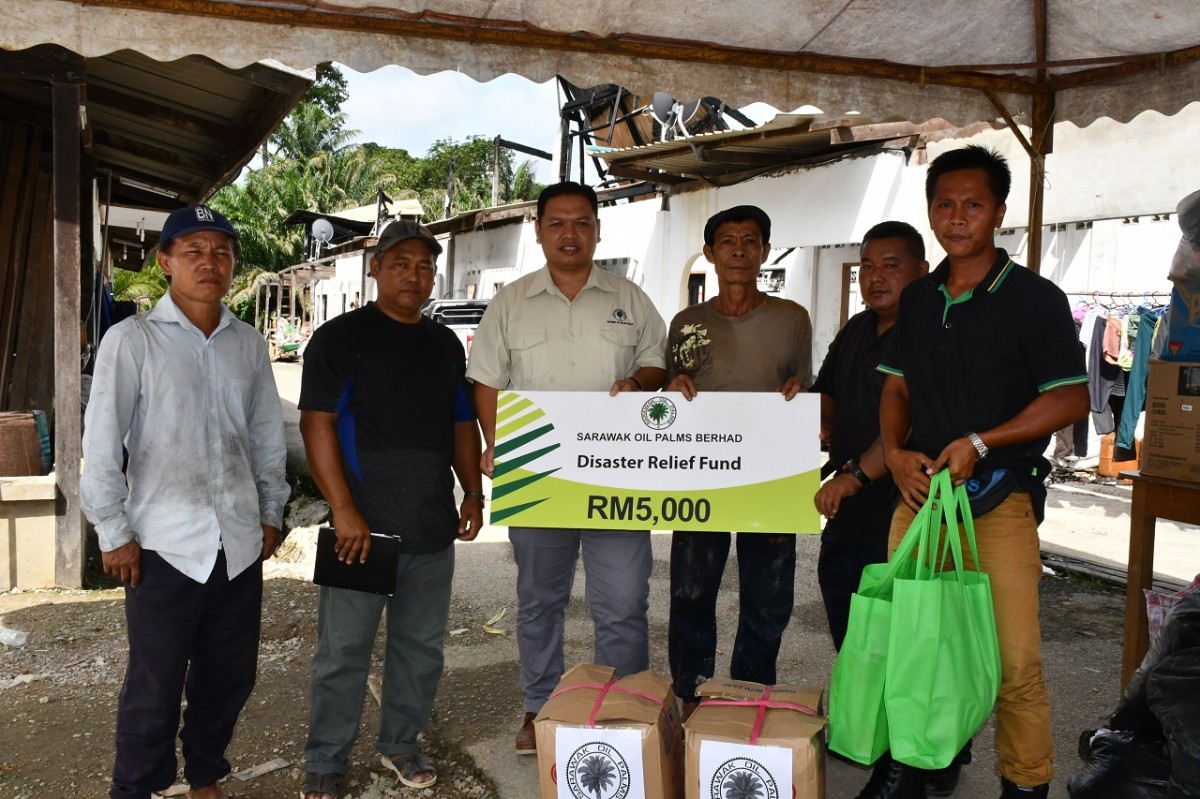 The Group, represented by Lamaus Estate Manager Mr Augustine Marin, handed over the donation to Tuai Rumah Usek Serpong at the longhouse which is located 10 minutes-drive from SOP Lamaus Estate on Friday.

The donation comes from the SOPB Disaster Relief Fund- a special programme created to reach out to nearby longhouses surrounding the Group’s estates that are affected or suffer losses caused by natural disaster such as flood or fire.

SOPB also donated RM1,200 each to its staff who affected by fire incident.

In the incident on November, 24, fire burnt down 38 doors of Rumah Usek leaving 300 people homeless.

According to the longhouse chief, TR Usek Serpong, the fire caused huge losses to the villagers but thankfully no one was injured as most of the residents were working when the fire broke out.

“The residents would like to express their gratitude towards all who have helped us. We are also grateful to SOPB Group for its generosity and contribution to lighten our hardship as a result of the fire.”