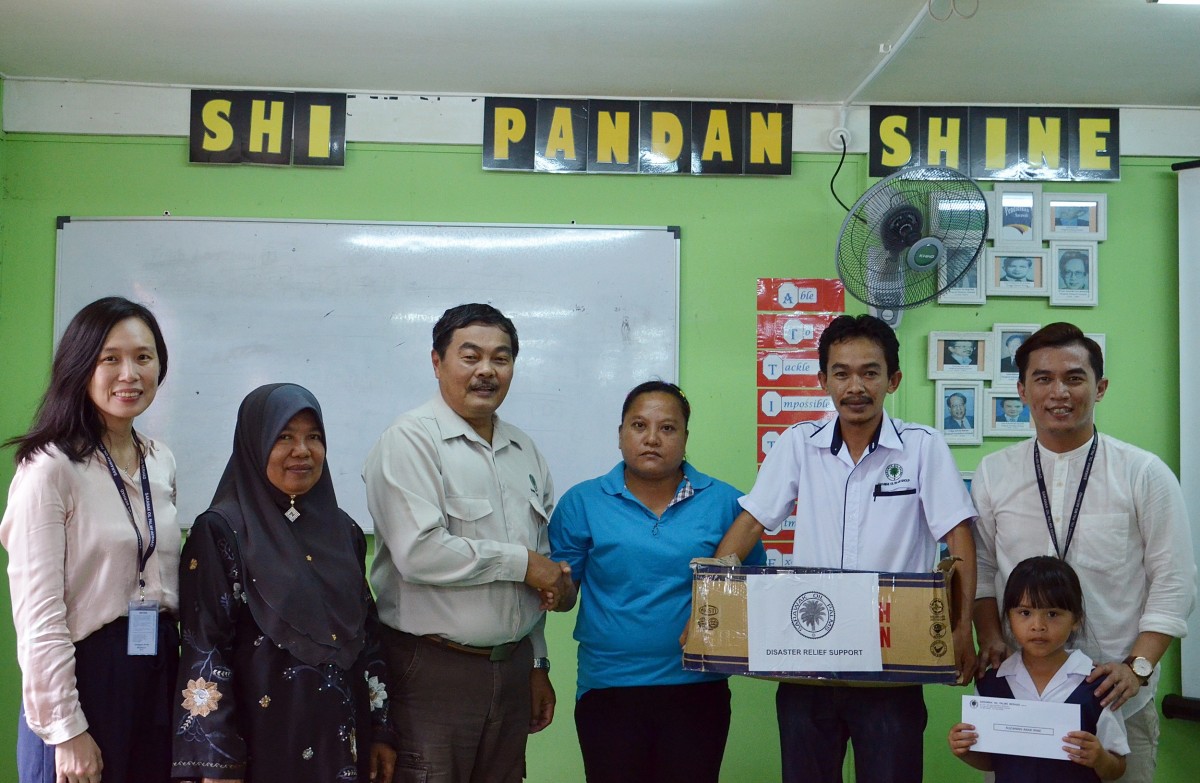 Pang (third left) and Fairuz (second right) present the donated items to one of the fire victims.

MIRI: Sarawak Oil Palms Berhad (SOPB) has donated RM4,400 to the families of 11 SK Pandan pupils, whose houses were destroyed by fire on Feb 4.

The fire burned down more than half of the 63-door Rumah Nyipak at Jalan Sebauh-Pandan, leaving more than 250 villagers homeless.

The entourage had visited the pupils at their school before the handover of the disaster relief, which comprised financial aid and food rations.

“SOPB’s Disaster Fund Relief is a programme designated to reach out to nearby communities in the vicinity of the group’s operations, who suffer losses caused by natural disasters such as floods and fires.

“Though the donation may be small, this gesture symbolises SOP Group’s ongoing commitment in giving back to the community in its area of operations, and it is in line with our corporate social responsibility tagline ‘to grow with local communities’,” said Enki in a press statement released yesterday.

According to him, the fire victims are now staying with their relatives living nearby, or in temporary houses.