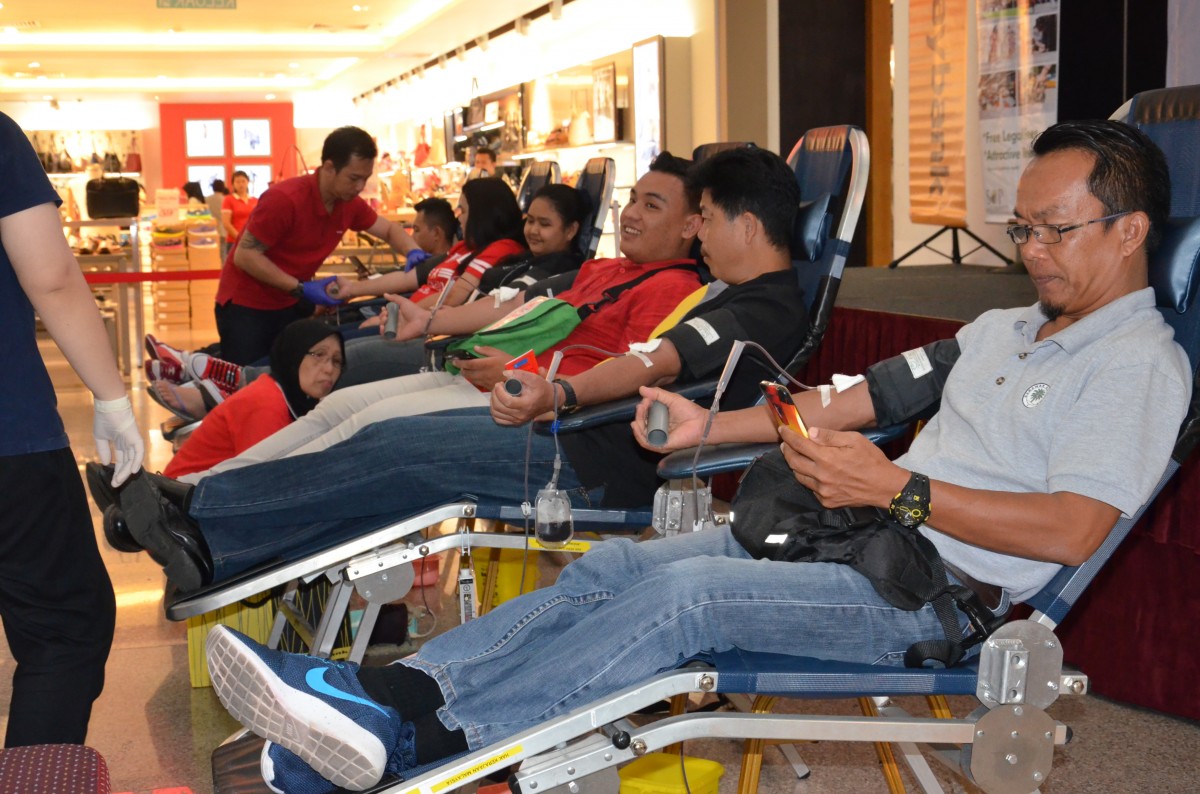 Volunteers wait for their turn to donate blood at the drive jointly conducted by SOPB and Maybank Miri at PICM.

MIRI: Seventy-seven pints of blood were collected from 77 donors out of the 112 who registered for a Blood Donation Drive jointly conducted by Sarawak Oil Palms Bhd (SOPB) and Maybank Miri branch at Permaisuri Imperial City Mall (PICM) yesterday.

SOPB assistant head of support and services Joseph Ling said the main objective of the event was to help Miri Hospital blood bank replenish its stock during critical periods.

“More importantly, through this event, we want to raise awareness of the importance of donating blood to save lives and also to encourage more people to become blood donors,” he said.

SOPB runs blood donation drives at least twice a year as one of its annual corporate social responsibility (CSR) programmes.

“This is the first time for us collaborating with Maybank Miri for a good cause,” said Ling.

“In fact, Miri blood bank has its schedule full with campaigns almost every weekend. This is a great way to keep the stock full in view of the coming festive seasons like Labour Day, Gawai Dayak and Hari Raya Aidilfitri,” he said.

Miri Hospital blood bank covers the supply of blood for the state’s northern region – occasionally, it may need to supply to Sibu, Kuching and Kota Kinabalu during critical periods.

“Therefore, the blood bank relies on the generosity of the public to donate their blood to support our stock,” said Jong.

Apart from blood donation, there was also a registration counter by Malaysia Red Crescent for those interested to pledge as organ donors.

Ling also thanked PICM for sponsoring the venue, adding that there would be a similar event this November.